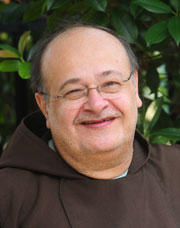 Brother Ronald Giannone is a Capuchin Franciscan friar, whose religious order has worked for over eight centuries among the poorest of the world’s poor in imitation of its founder, St. Francis of Assisi.

In 1976, after serving poor senior citizens in New York, feeding the hungry at a monastery in Indiana and helping the rural poor in Sussex County, New Jersey, Brother Ronald was assigned to the St. Francis Renewal Center in Wilmington, Delaware. In his new city, the absence of services for the poor, especially for homeless women, deeply troubled him. Soon, he found his true vocation on the streets of Wilmington. Hence, the Ministry of Caring was born. Since 1977, he has served as the executive director.

Brother Ronald began his work by opening an emergency shelter for homeless women. Next came a dining room for the hungry. A second dining room was followed by a transitional residence for single women and a job placement center—all for the poor of Wilmington. Today, the Ministry of Caring consists of a network of 19 programs that form a continuum of care for the poor and homeless throughout the city. Besides providing the poor with needed shelter, the Ministry of Caring, under Brother Ronald’s guidance, helps them to become self-sufficient with support services.

Still, Brother Ronald’s work is not finished. He continues to galvanize support from staff, corporations, government, foundations, churches, synagogues, volunteers, donors and other groups and individuals. Together with him, these supporters help ensure that the Ministry of Caring continues to live by Brother Ronald’s inspired conviction, “the poor should never be treated poorly.” 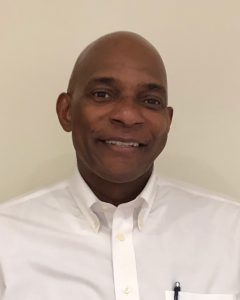 John Bates is no stranger to caring for the vulnerable and neglected. Throughout his career, he has demonstrated his passions for juvenile justice, the foster care system, alternative education for adults, and crime prevention in cities.

After graduating from West Virginia Wesleyan College with a BA in Psychology and Social Services, John began as a Program Administrator working with students with behavioral problems in Philadelphia. He worked for the Delaware Department of Services for Children, Youth, and Their Families for seventeen years, supervising and managing foster care programs, and served on the board of State Foster Care Managers. John has also served as the director of Bancroft Vocational Day Program for Autistic Adults in Mullica, New Jersey. He founded a nonprofit called We are One to serve boys from single-mother households and provide them with adult male role models.

“[Coming to MOC was] a great opportunity.” says John. “It is right in line with what I do, serving those not often thought of: the vulnerable in society. I’m excited to move the mission forward. I think my entire career has prepared me for right here, right now.” 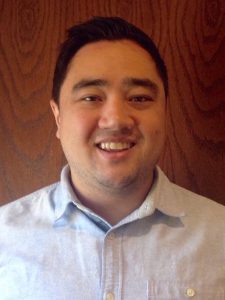 Chaz has his roots right here in Wilmington as a Salesianum graduate. He attended Villanova as an Economy major in their Business school, and a History major in their liberal arts school. During his undergrad years, Chaz served as an Intern to the Executive Director at the Ministry’s old Church Street location, where he learned the ins and outs of how MOC works. Chaz shadowed Brother Ronald everywhere– from construction sites to management team meetings. He got to review grants, write pieces for Yo Wazzup, send out emails, and much more, which gave him his first taste of the nonprofit world.

After attending Notre Dame’s law school, Chaz returned to Wilmington to join Prickett, Jones, & Elliott Law Firm where he served as a corporate litigator. He worked in the Court of Chancery for two years before Brother Ronald offered him the Deputy Director of Administration position in early 2018. Chaz jumped at the chance. According to him, he saw this job as an opportunity to combine his background, tools, and skills to pursue his passion: working to alleviate poverty. Chaz has always been interested in combating the systemic challenges that people from low-income backgrounds face in the city of Wilmington.

Day to day, Chaz sees his role as the hinge between administration and programs. Along with Deputy Director of Programs John Bates, Chaz handles the behind-the-scenes work of supporting MOC’s programs and staff. He works with grants, contract and finance compliance, and does some of the legal work required to keep the Ministry running. So far, his favorite part of his work is the diverse human interaction he has every day. He meets with clients, staff, people from the mayor’s office, and so many more, which has given him a broad picture of how the city of Wilmington works. He admits that the biggest challenge to the job is being agile, able to move and address issues quickly in this fast-paced, people-oriented environment. But according to him, that makes his days interesting and fun.